My parents have recently bought a new panini-maker/tosti-maker/waffle iron, and this is the first time in my life that I have actually owned an appliance to make waffles. Needless to say, I immediately went along and made different types of waffles. I found out that there are two types of Belgian waffles:

Since I wanted to make vegan waffles and did not want to work with aquafaba this time (I didn’t have a purpose for the chickpeas), I chose to make waffles from Liège for this recipe. I found a recipe online in Dutch that I thought could be easily veganised and went along.

The recipe I based this on can be found HERE, but is in Dutch. I also modified the recipe instructions, because the original recipe requires you to make a dough starter with a quarter of your flour, but this yielded a way to dry mix for me, needing me to add more liquid. This caused problems when adding all the ingredients together, because now the mix was too wet. Therefore, I changed some small things about the way the dough is made.

I also replaced the eggs in this recipe by applesauce. This egg-replacer for me is perfect because I always have applesauce in the house, and it’s tastier than chia seeds. The idea for this egg-replacer is not mine, but comes from the youtuber and blogger Gemma, from bigger bolder baking. Her egg-replacement chart can be found HERE

This recipe takes a bit longer than the original recipe states, I think closer to 1.5 hours than half an hour. This is because it involves two rises; the dough starter and the dough balls. After that the waffles need to be baked in batches, depending on the size of your iron of course.

Anyway, a bit of an effort, but worth it in my opinion!

TIP: the vegan whipped cream I use is by Soyatoo and I really like it. It is firm but low in calories. However, it does have a slight coconutty taste, but I find I got used to that pretty quickly. 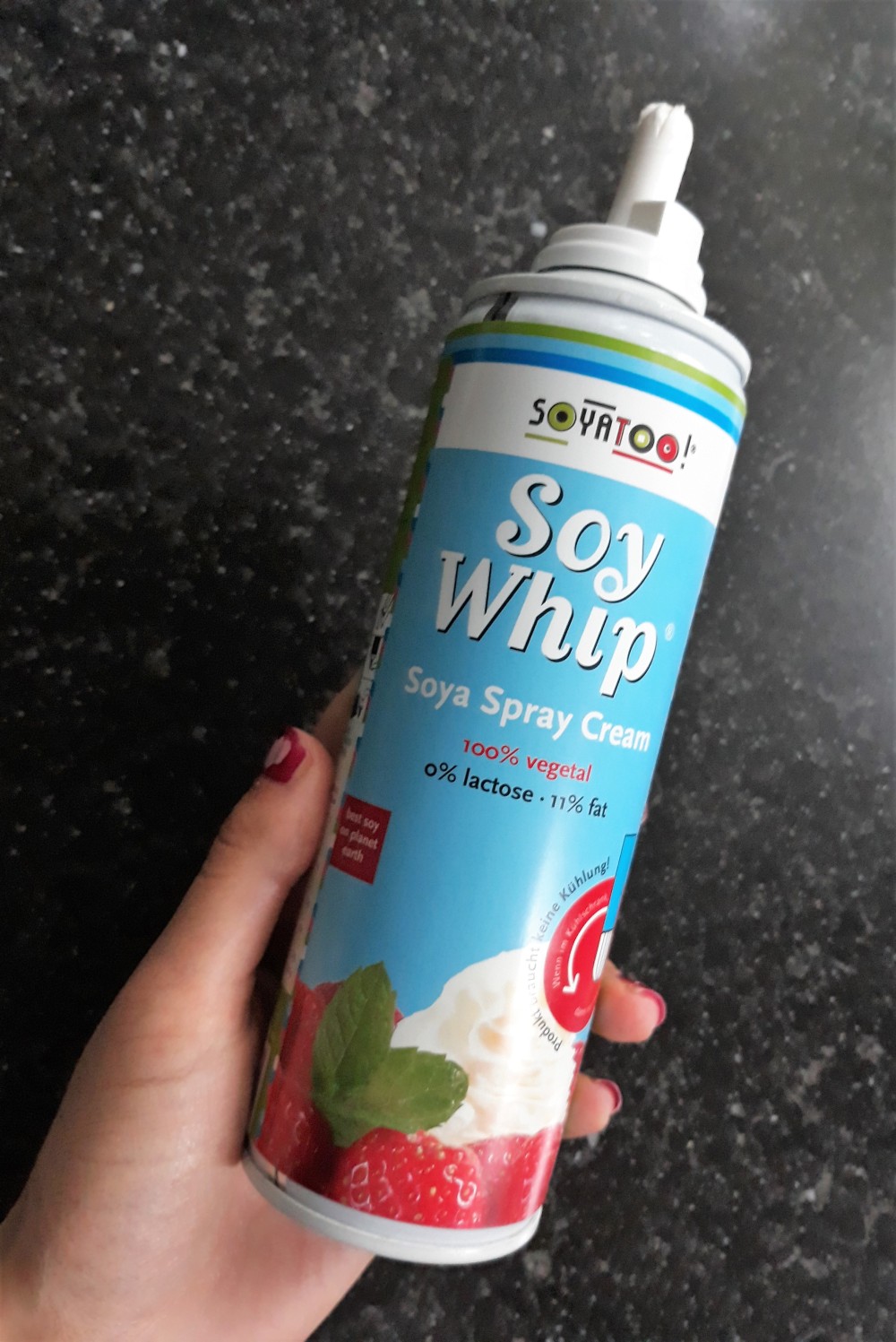 The dough goes for the second rise

The dough is done with the second rise

Placing the dough into the waffle iron

After cooking for 5 min 30 seconds